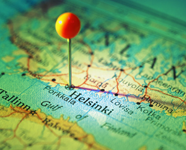 In an era of ever-ageing core banking systems, one supplier that has quietly gone about a rewrite is Norway-based Commercial Banking Applications (CBA).  It is one of the great survivors in the industry, having remained more or less in the same form and size since it was set up in 1983.  However, it has completed much of the rewrite of its IBAS system over the last few years and can boast a fully object-oriented and Java-based solution as a result.

How has IBAS fared at Finland-based Aktia Bank, IBS Intelligence finds out: